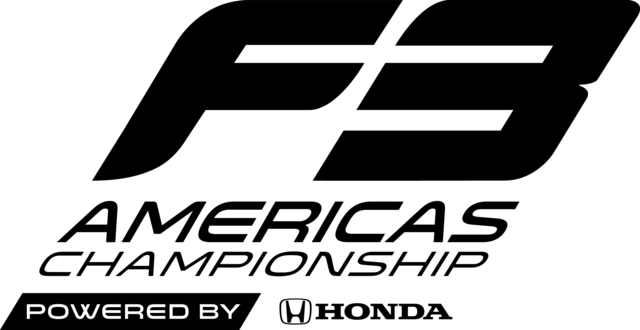 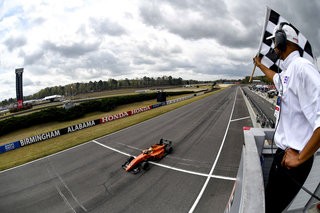 The 16-turn, 2.38-mile scenic Barber Motorsports Park set the perfect stage for the F3 Americas Championship Powered by Honda season opener on Saturday, supporting the NTT IndyCar Series during the 10th anniversary of the Honda Indy Grand Prix of Alabama.

“It was a very exciting race against Dakota. We were neck and neck the entire race until the final lap,” Pedersen said. “It’s great to get the first win of the season for Global Racing Group. We wanted to come out strong, and taking one-two in the opening round is a testament to how great the GRG program is.”

Starting on pole after stealing the fastest time in the final minutes of qualifying, Pedersen shared the front row with series rookie Mathias Soler-Obel of Bogota, Colombia. Dickerson and Abel lined-up in Row 2. As the lights went out, Soler-Obel stalled on the start, allowing Dickerson and Abel to immediately jump into position. 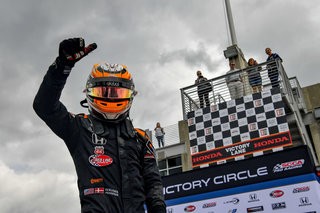 “It’s definitely a different feeling dealing with the turbulent air over cars. The minor mistake unfortunately caused us to retire the car,” said Holbrook, who was selected for the inaugural full female W Series team in Europe. “We’ve made great progress with the No. 67 Lucas Oil car after taking delivery of it trackside on Wednesday. We are looking forward to making even more progress in Sunday’s race.”

On the restart, Pedersen and Dickerson started to pull away from Abel, building nearly a 15 second gap from the third-place driver. The pair of bright orange Global Racing Group drivers raced wheel-to-wheel the entire 30-minute session until the penultimate lap. Putting the pressure on Pedersen in Turns 12 and 13, Dickerson punched down the throttle of his No. 72 Stress Engineering Global Racing Group Car. The full 303 horsepower of his Honda engine came to as Dickerson entered Turn 16. Attempting to pass in the turn, the car got loose, sending Dickerson off-track. The reigning F4 U.S. champion quickly recovered and still finished the race nearly seven seconds ahead of Abel.

Pedersen, who is just filling in for the team this event after his teammate Blake Upton suffered a minor injury during a test a few days prior to the race, took the checkered more than seven seconds before Dickerson.

“I tried to get around Benjamin throughout the race, but he didn’t make any mistakes,” said Dickerson. “A lot of this race was me learning how to deal with the aerowash. Jumping from the F4 to the F3 car, there’s some differences in the Ligier JS F3 aero package. So it was a huge learning curve. All in all it was a good race and great for Global Racing Group to get the first two spots on the podium. We are happy with the results.” 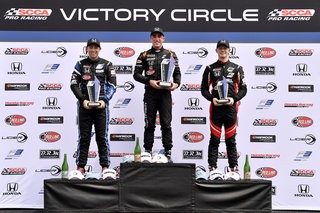 Dickerson set fastest time in the session which earned him pole-position for Round 2 on Sunday’s 30-minute race finale before the NTT IndyCars take the track.

“From the elevation changes to the unique art pieces and the museum, Barber Motorsports Park truly is a very special track,” Jacob Abel said. “Racing at a high-profile event with IndyCar brings in an enormous amount of fans so it’s always nice to see them around the grounds cheering us on throughout the event.”

Dickerson set fastest time in the session which earned him pole-position for Round 2 on Sunday’s 30-minute race finale before the NTT IndyCars take the track. For full results, team and driver information, visit F3Americas.com.

Official Results for Round 1